Since the inception of The Foundations Project, it has been so exciting to see that we can and are having an impact.  Our children, caregivers and volunteers often tell us that our presence in their community is changing their lives.  Below are a few of the stories that have come out of the Caledonia Rose Centre since TPF has been in this community. Angel Mukambi is a single orphan.  However, at 5 years old, she is living in a child headed household with her two siblings, one who is six and the oldest who runs the house at 13.  The eldest is in Form One and looks after the two children as their father died a long time ago and they now live with no parental protection.

Angel’s mother abandoned the children a number of years ago and there is no knowledge of her whereabouts.  But she and her siblings receive help from the community and Angel receives care, love and attention from the teachers at the Caledonia Rose Preschool.  She receives a plate of porridge every morning and goes home having played with her friends and learning something new every day. Tanaka is six years old and should be in Grade 1 at the local mainstream school.  However, Tanaka has not been able to access Grade 1 because he has not gone through Early Childhood Development (ECD) education which is an enrollment requirement for all primary schools in Zimbabwe.  Tanaka also does not have any parent or legal guardian who can afford him the luxury of going to the preschools in the local area.

Tanaka’s father is dead and his mother has abandoned him and his siblings at their home in Caledonia.  Community members try to assist the children by providing them with food and working to find the children’s mother or at least a legal guardian for them.

When Tanaka first arrived at the Caledonia Rose Centre, he felt very out of place, was shy and did not socialize.  Tanaka now has many friends at the centre and he is coping well with the work and with the other children.  The Foundations Project is working with the community to find assistance so that he can be enrolled in Grade 1. Emmaculate is a 4 year old girl who lives with her mother.  Emmaculate’s father abandoned his family as he was not employed and although he tried to earn a living by doing piecework in the local community, he could not afford to provide food for the family and so he abandoned them.

Emmaculate’s mother leaves her children with the neighbor when she goes to work in the nearby farms as hired labour.  Her mother leaves home at 4:30am to go to work and so the teachers from the centre have to ensure that somebody brings her to school so that she can eat a decent meal but also so that she can learn and develop enough to be able to attend Grade 1 when she reaches the right age.

Emmaculate is very happy at the centre where she receives a meal every day and where she plays and sings songs and learns, as well as receiving the individual care and attention that she needs.

My name is Lucia Bonde. I am a single mother with four children. My husband left me in 2006 for South Africa in search of a job after the company he was working for closed. Communication with him stopped in 2009. I later learnt from his close friends that he married another wife and has no plans of coming back to Zimbabwe.
I have faced financial problems since 2008 when the father of my children stopped sending money for food and school fees. Since I was not able to pay rent I decided to move to my parents’ house in Tafara. I then later looked for a two-roomed house which was under construction in Caledonia Phase one. When I heard about the skills development training by The Foundations Project I decided to join the team which was being trained on mushroom production.
I later used my acquired skills to start my own mushroom production project. By the end of 2014 I had raised the money to send my 2 older children back to school. I then decided to move out of Caledonia to a larger space. I am currently running my mushroom project in the Arcturus area. I have plans to look for a bigger area where I can also start a broiler production project. My mushrooms are sold at the local market in the area where I reside. I cannot meet the demand at the present moment.
I trained all my children on mushroom production. I sincerely thank The Foundations Project management for the training. Macute Munhira is a four year old boy who is very active and academically gifted. He is a single orphan living with his mother and half-sister. His father died last year after an overdose of alcohol as a result of stress and difficulties at home.

Macute’s mother is not employed. She used to carry out local part time jobs when many houses were being constructed in the community at the beginning of 2014. She currently works hard to earn a living and to pay for Macute’s school fees by plaiting women’s hair. She is paid R5 or a $1 per head and this earns enough for them to just get by each month. Makanaka is one of the pioneers of the Caledonia Rose ECD Centre.  She is the second daughter of one of the teachers at the centre and one of the first graduates of the CR ECD Centre.  Makanaka is a talented young girl who is very good at drama, currently in Grade One at one of the local primary schools.  She has been excelling in school and is academically gifted.

Makanaka has learnt from her mother what giving back is all about.  She spends her afternoons at the Caledonia Rose centre with the children reciting simple poems and rhymes.

I am Sarudzai Malata, a single 43 year old woman. I used to have a child learning at The Foundations Project Preschool last year who is now in Grade One. I’m appreciating what you are doing for my child and also in my community. Keep on doing the good work and we are very proud of you. And I say again thank you so much It is true that the journey of a thousand miles begins with a step.  I joined The Foundations Project as a volunteer in 2012.  There were no classes, no toilets or any form of a building structure.  The only thing that was there was a vision.  A few weeks later I spoke to my husband and we decided to accommodate children in our backyard and in our house during bad weather conditions and to give them a toilet.

We started the project with 12 children and within a short space of time the number rose to 17.  It was not a bed of roses to work as a volunteer especially considering that the economy of Zimbabwe was experiencing crises of drought, high poverty and unemployment.  Despite all this I decided to soldier on.

In 2013, the first class was provided which was in the room of a container.  It was indeed a breakthrough for us.  The number of children increased to 27.  Other building structures were made available which include toilets and another container which we are using as our kitchen now.

Indeed light was introduced in my life as I was sent to represent the organization in a number of network meetings with Miracle Missions and I am currently studying towards a training of Early Childhood Development with the Ministry of Education.  That takes me to a certain scripture in the Bible which says do not despise small beginnings. Charlotte was quick to notice my involvement and interest in the project.  She encouraged me to join the teachers as an assistant.  I did my on-the-job training with Hearts Leap School in Harare.  I was allocated a class at the centre after my on-the-job training.  I am currently teaching the 5 year olds in ECD B.  It has been my desire to be a teacher.  Over a year I managed to identify my grey areas.  I am currently undergoing ECD teacher training with the Ministry of Education

I have attended several network meetings and workshops representing the organization at Miracle Missions.  I have built confidence in training my workmates and community members on various topics that are relevant to their situations. I am a 74 year old widow who joined The Foundations Project organization as a volunteer in 2012.  I saw the birth of the Caledonia Rose ECD centre when Charlotte and Martha rolled out the programme.  The ECD project started at Memory Chinambale’s back yard with an enrollment of 12 children.

I used to join old hessian bags to make sitting mats for the children.  The following year the development was the purchase of the shade cloth which was erected on four iron poles on concrete stands.  The enrollment increased to 17 children.  Purchase of a 40 foot container saw the increase of the number of children to 27.  By then my duties were mainly cleaning and maintenance of the school yard.

I was involved in a number of on site training which included organic vegetable production, mushroom production and hand knitting.  These projects helped empower women in the community for self-sustenance.  In 2015, the rollout of the feeding programme promoted me to be more responsible.  I am currently in charge of the feeding programme.  During week days inclusive of school holidays we feed a total of 200 children.

I am also involved in the mentoring of the volunteers at the centre.  The parent training courses that are being done at the skills development centre are another programme I am involved in.

My name is Patricia Mafa. I am a lady aged 31. I am the mother of Faithful Clara Pulcai the child who is also benefitting from your organization. When it started the children were very few. I did not think that my child would go there one day. I can see that you are doing a great job, the organization is growing, there are many children and the teachers know their job very well. We can see that our children are improving communication and behaviour. They are learning a lot. The society at large is benefitting. Children are being fed, they are getting porridge every morning, they are given clothes and gifts. We do appreciate your good work. May God continue to guide you, bless you and make all your plans succeed.

Patricia MafaMother of an ECD student 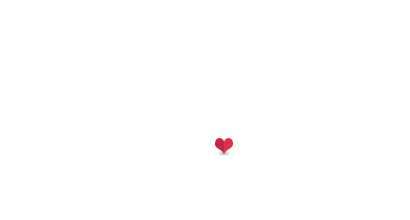